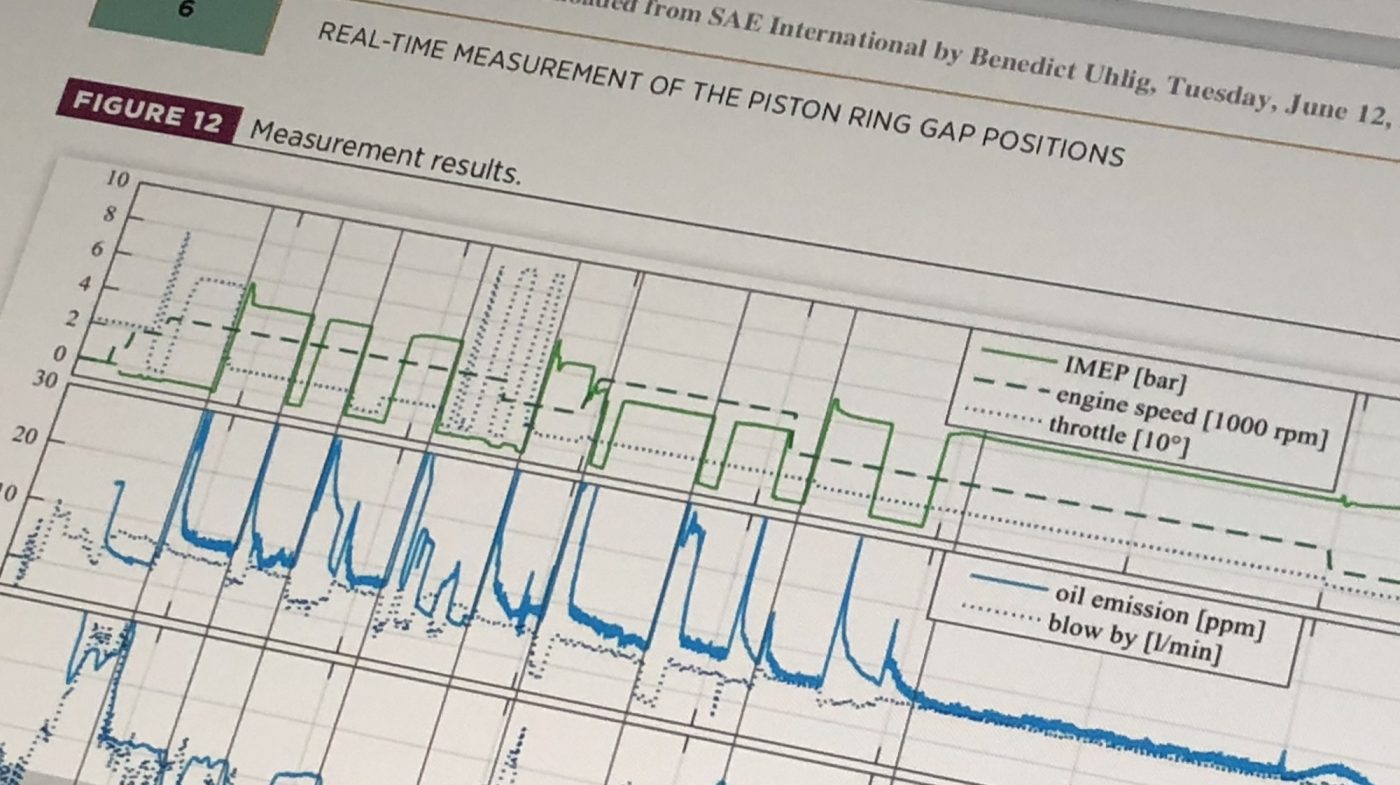 Abstract:
„The aim of the research cluster “Fuel in Oil” is the investigation and quantification of the interaction between the fuel and the lubrication oil caused by late post injections, which are applied for the regeneration of the particulate filter or the NOx storage catalyst. To achieve the objectives, different phenomena like the fuel entry into the lubrication film, the fuel-oil transport by means of the piston rings, the evaporation of fuel out of the oil pan and the impact of the oil separator of the oil dilution were investigated. A variety of fundamental experiments and engine tests, were set up and performed, during these investigations. Advanced measurement techniques were developed to quantify the phenomena. The droplet diameter und velocity of the post injection spray was measured with the help of high pressure chambers. The droplet film interaction was investigated with fundamental experiments. Furthermore, the film thickness of the wall film deposited by the post injection was measured in a diesel engine. To investigate the impact of the oil separator on the oil dilution process, the fuel concentration upstream and downstream of the separator and the droplet diameter of the aerosol was measured.
Another topic of the research cluster is the development of CFD simulation methods to simulate the effects of the oil dilution. For this purpose, a simulation method to calculate the fuel entry into the lubrication film und a simulation method to simulate the lubrication film and blow by gas transport by means of the piston rings was developed. „[…].